Treatments for lumps, bumps, skin tags, growths, and moles on the face and neck in Brantford Ontario


Lumps, bumps, skin tags, growths, and moles are very common. Many of these lesions are benign and do not require surgical removal or biopsy. However, in some cases even benign lesions can be annoying, irritating or cosmetically unappealing.


What Causes lumps, bumps, skin tags, growths, and moles on the face and neck?

Chalazion. Our eyelids are lined with oil glands called Meibomian glands that secrete the oil component of our tears. In some people, these glands have a tendency to become blocked or inflamed. This is called Meibomian gland dysfunction. A chalazion results from an acutely or chronically blocked oil gland. When the opening of the gland is blocked or inflamed, the oil accumulates inside, leading to a red or swollen bump on the eyelid. These bumps can become inflamed, painful or become so large that they interfere with vision.

Skin Tag (Squamous Cell Papilloma).Skin tags occur when extra cells grow in the top layers of the skin. They tend to develop when the skin rubs against itself, so are more common in people who are overweight and therefore have folds of skin. They grow both in men and women and are more common in older people and people living with type 2 diabetes.

Eyelid Cysts (Cyst Of Zeiss/Cyst Of Moll).Small eyelid cysts can occur when either sweat (Cyst of Moll) or sebaceous glands (Cyst of Zeiss) on the eyelid become blocked. These will appear as small, smooth, translucent or white bumps on the eyelid or near the eyelashes.

Xanthelasma. Xanthelasma are deposits of cholesterol under the skin. These can manifest around the eyelids and appear as yellowish plaques of varying size. These deposits become more common with age.

Moles. Moles are very common, especially in people with fair skin. Moles are overgrowths of skin cells called melanocytes. Most moles occur on parts of the body that are exposed to the sun (ultraviolet radiation), and the number of moles an individual has may increase after extended time in the sun. Moles usually begin to occur in childhood. 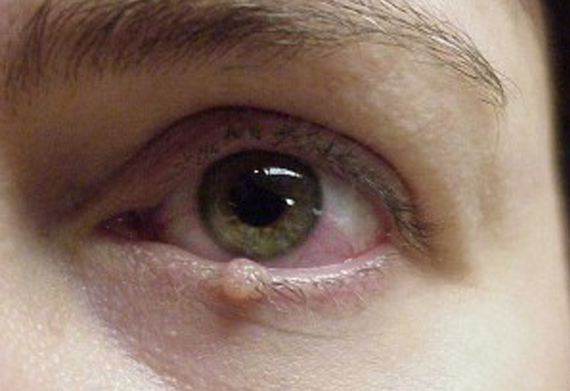 What are the treatment options available for unwanted lesions?

An in office consultation is necessary to assess for signs of cancer and the necessity of performing surgical biopsy. If the lesion is benign and you are still uncomfortable by the lesions appearance, you may choose to have it removed cosmetically. This is a minor procedure that is done in office. Learn More.

We know each patient's skin, body and genetics are completely unique, and we partner with you to create a safe and effective treatment plan that's customized to your particular goals, as well as your skin type, age, and other factors, such as your ability for down-time and your budget. Call (519)-774-1770 or email us at info@greatlakescosmetics.com today to schedule your consultation or receive more information.

All injectable treatments are performed by our Specialist, Dr. Fadi Calotti. Dr. Calotti's experience in the field of cosmetic surgery ensures safe treatments with with cosmetically-pleasing & natural-appearing results.

Call (519)-774-1770 or email us at info@greatlakescosmetics.com today to schedule your consultation or receive more information.